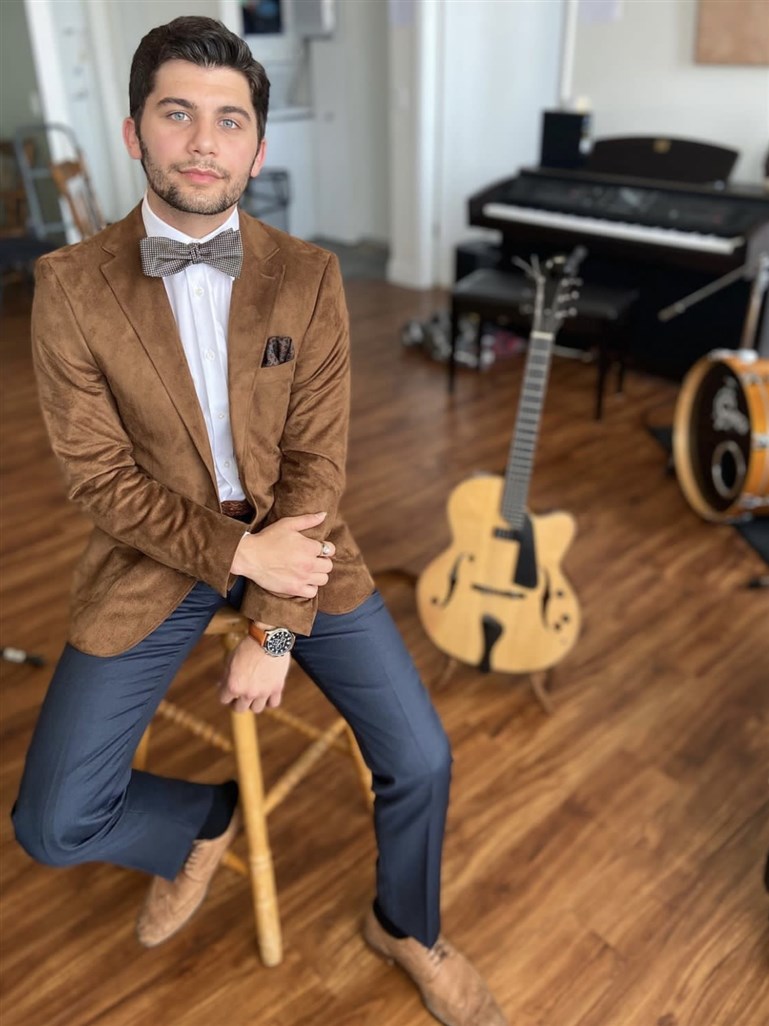 Joshua Achiron is a guitarist and composer from Atlanta GA. He earned his Bachelor's degree in classical and jazz performance at the Eastman School of Music and his masters at Berklee college of music in jazz performance. He has been nationally recognized as a jazz and classical soloist by the Wilson Center Guitar Competition. He has shared the stage with Marquis Hill, Wycliffe Gordon and John DaVersa. He currently resides in Chicago expanding on his playing and teaching career. 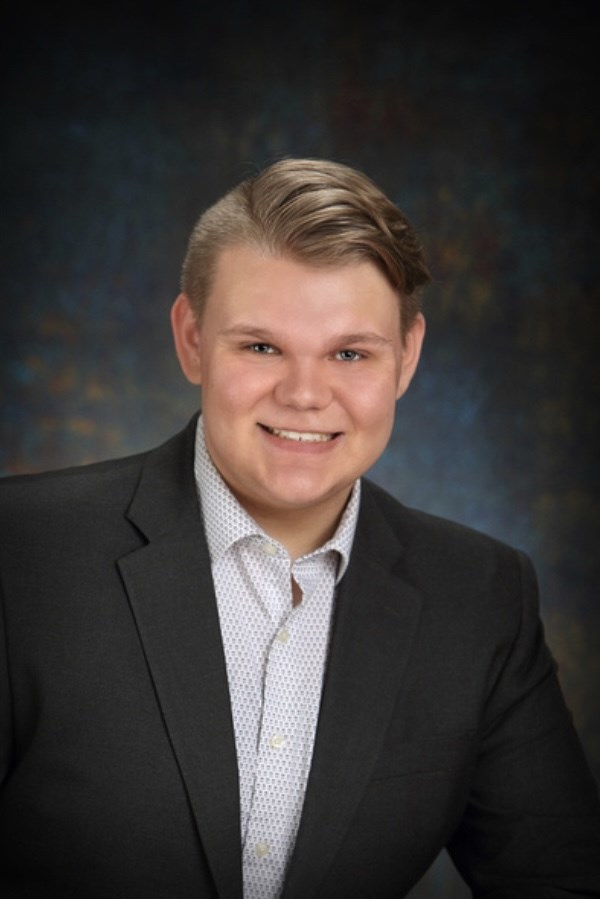 Riley is from Green Bay, Wisconsin and has been playing piano and singing for over 15 years. From a young age, Riley participated in many musical productions where he served as the leading role, as well as classically sang in churches and choirs across northeast Wisconsin. He was involved with the Wisconsin School Music Association State Honors Music Project for five years, and the National Association of Music Education All-National Honors Choir for three years. Additionally, Riley has had the distinct honor of performing with Choirs of America at Carnegie Hall. He now studies at the Chicago College of Performing Arts at Roosevelt University double majoring in Music Education and Voice Performance as a student of Mark Crayton. 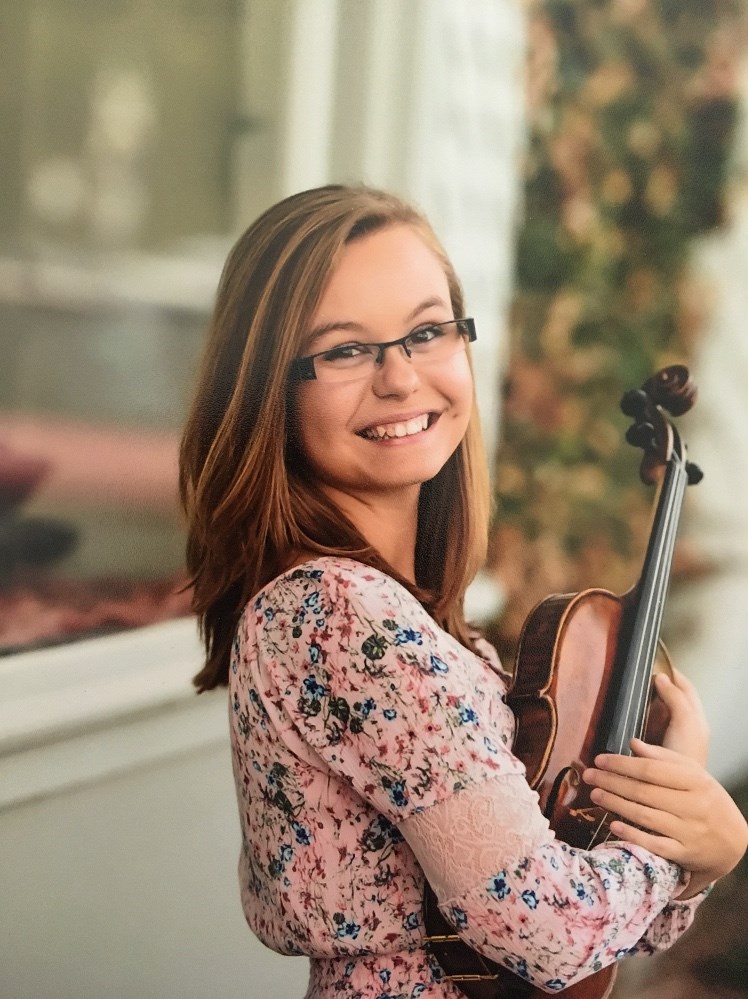 Amanda Beaune is a violinist based in Chicago, where she obtained her Master's degree in Violin Performance at Northwestern University, under the guidance of Blair Milton. Originally from Michigan, Amanda spent many years cultivating her passion for ensemble playing by performing in regional orchestras, chamber orchestras, and free-lance projects throughout metro-Detroit. These included ensembles such as Rochester Symphony Orchestra, Dearborn Symphony Orchestra, Detroit Chamber Orchestra, and many others. During her time at Wayne State University, Amanda was concertmaster of the University Symphony Orchestra and worked on a wide-range of projects for the jazz and composition departments, as well as two student-created chamber orchestras. She is an alumni of Bowdoin International Music Festival, Green Mountain Chamber Music Festival, and Lake Tahoe Music Festival. Amanda currently teaches violin and piano for the Chicago School of Musical Arts, and is a sectional coach/private teacher for the Niles Township High School District. In her free-time, Amanda is passionate about yoga and anything to do with musician’s wellness! 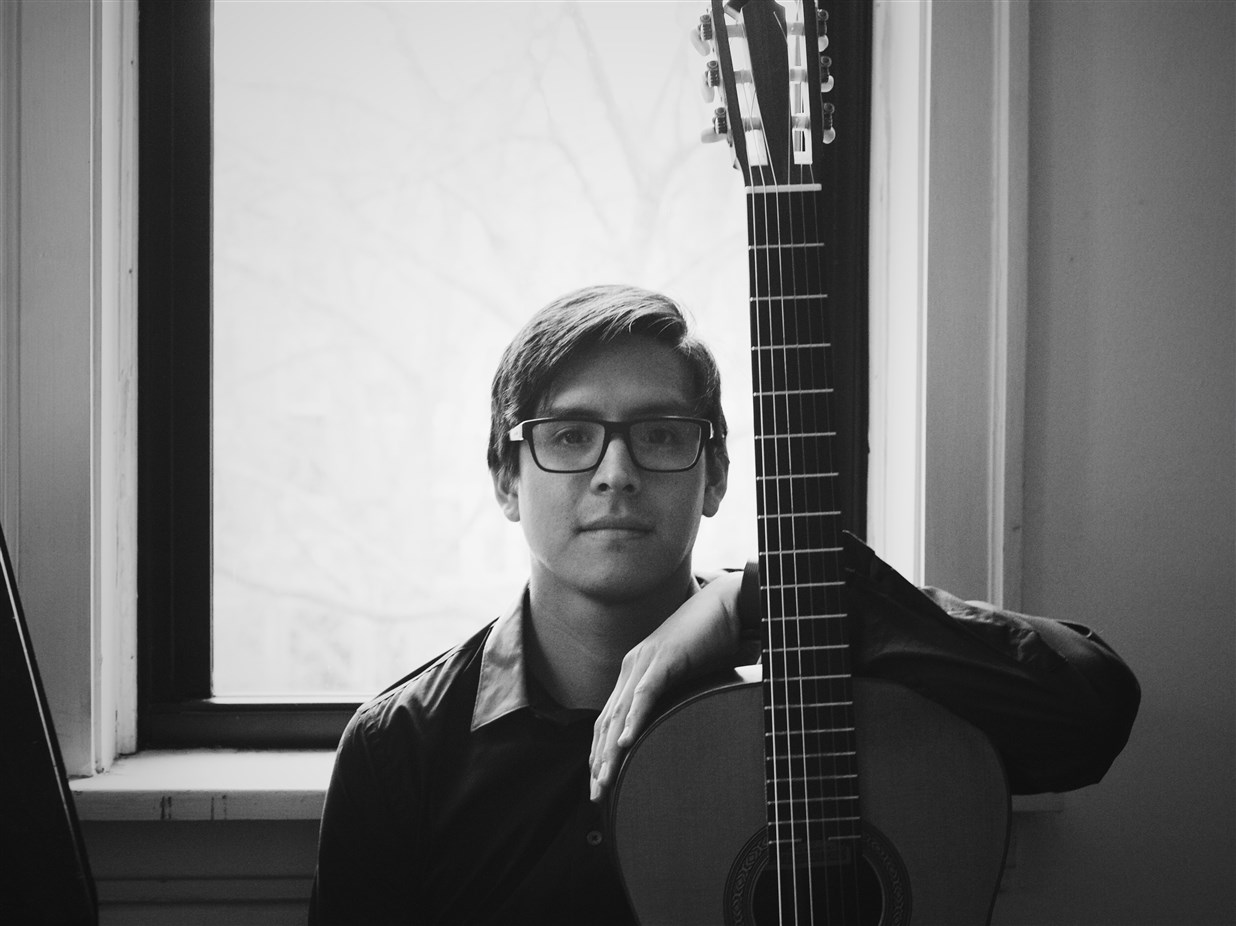 Fabricio received his Master of Music from Northwestern University and his Bachelor in Classical Guitar Performance at the National Conservatory of Peru. Originally from Peru, he enjoys performing and teaching. He has taken master classes from Internationally known guitarists, such as Eduardo Fernandez, Oscar Ghiglia and Judicael Perroy.

Fabricio has over 10 years experience teaching all levels using a variety of methods and is a member of the Suzuki Association of the Americas. He has taught master classes and performed around Peru and the U.S. He is currently living in Chicago where he teaches individual and group lessons. 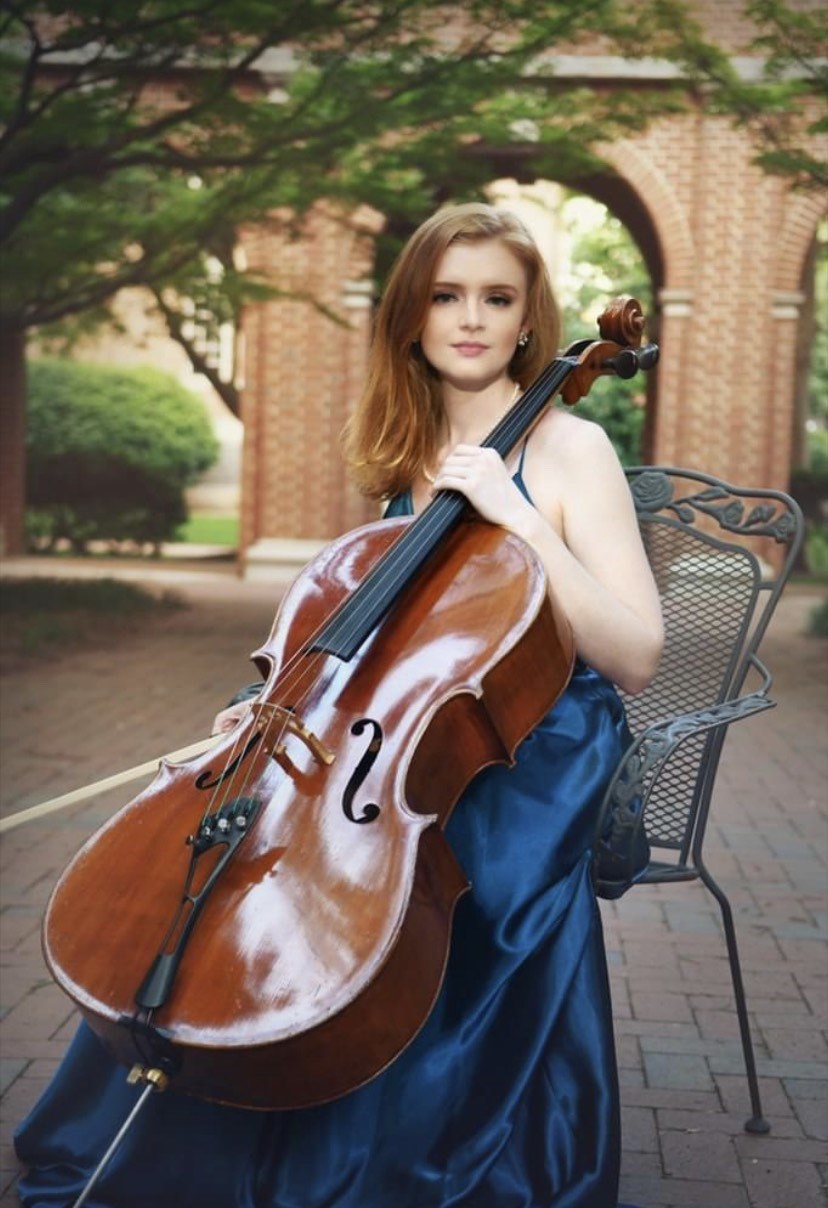 Meredith Steele is a current graduate student studying Cello Performance at Northwestern University under Professor Han Jorgen Jensen. Steele began her musical studies at the age of four years old at the piano. Meredith has appeared in solo and chamber recitals in music festivals in France, London, and the United States. Recently, Steele was appointed the assistant principal position of the Northwestern University Symphony Orchestra, and holds a graduate assistantship under Maestro Victor Yampolsky. During her undergraduate studies, she held the principal cello position for four consecutive years.

A passionate chamber musician, Meredith has appeared in performances throughout the United States with highly acclaimed musicians such as Miriam Fred, Paul Biss, Cathy Cho, Xiao-Dong Wang, Natasha Brofsky, Colin Carr, Marcy Rosen, Edward Arron, Zvi Plesser, Peter Wiley, and Jeffrey Solow. She has also studied with Paul Katz at the Online Solo Strings Initiative in 2019, and is an alumna of the Meadowmount School of Music as an assistant to Hans Jensen. 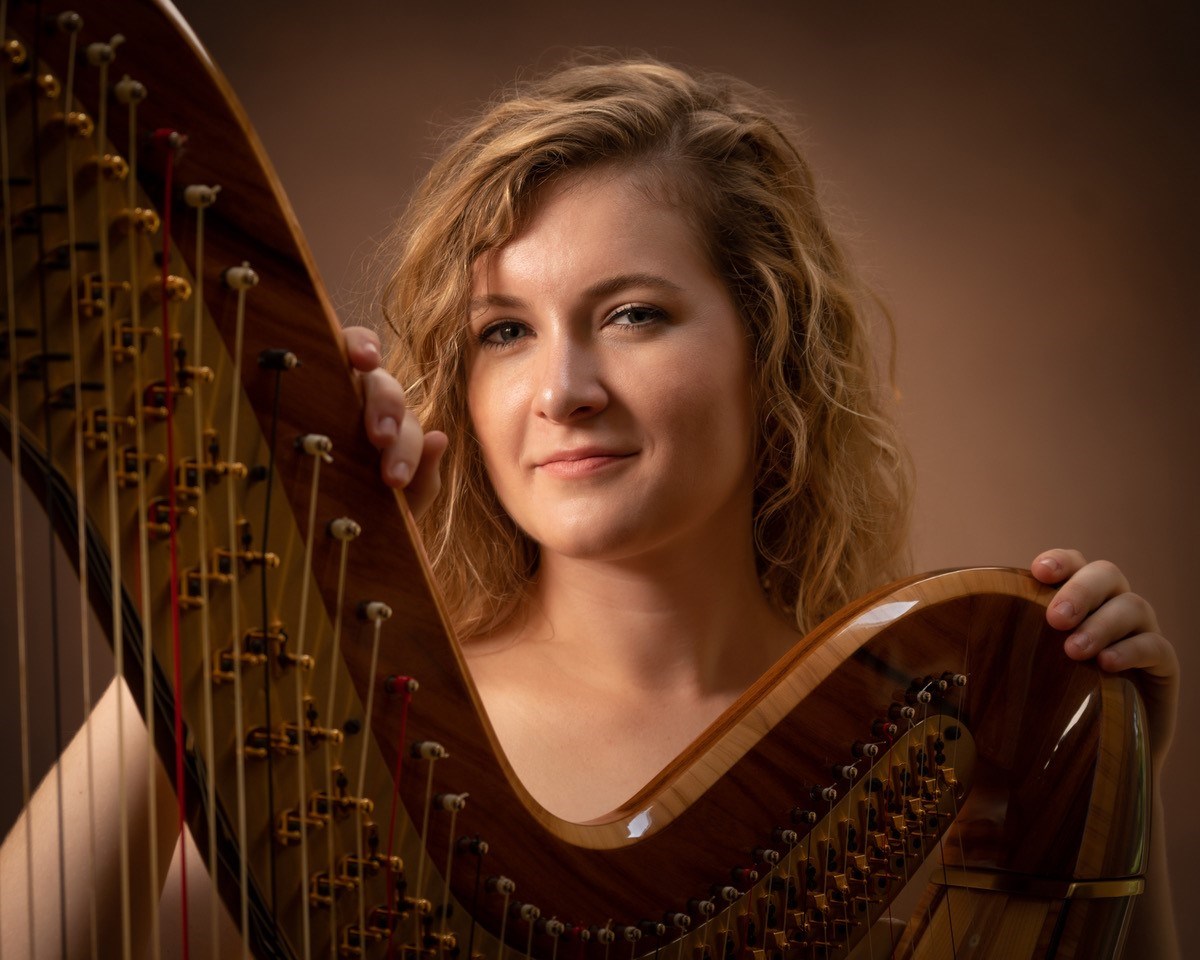 Harpist and Nashville native Emily Stone is a recent graduate of the Eastman School of Music earning her Bachelor of Music degrees in harp Performance and Music Education with a minor in French. Beginning this fall, she will be pursuing her Master of Music degree in Harp Performance at Northwestern University under the tutelage of Marguerite Lynn Williams. During her time at Eastman, she served as the rotating principal harpist of the Eastman Philharmonia, the Eastman Wind Ensemble, the Eastman Musica Nova Ensemble, the Eastman Symphony Orchestra, and the Eastman Wind Orchestra. She has performed with the OSSIA New Music Ensemble in Rochester, NY, the St. Andrew's Chamber Orchestra in Rochester, NY, the Ithaca College Wind Ensemble in Ithaca, NY, the Jazz Orchestra led by Chase Ellison in Rochester, NY, and the Cordancia Chamber Orchestra in Rochester, NY. In 2020, she was a finalist in the American Harp Society's Anne Adams Awards and the recipient of a Performer's Certificate at the Eastman School of Music. Her summer festival experience includes the Mostly Modern Festival (2022) and the Brevard Music Center (2016). 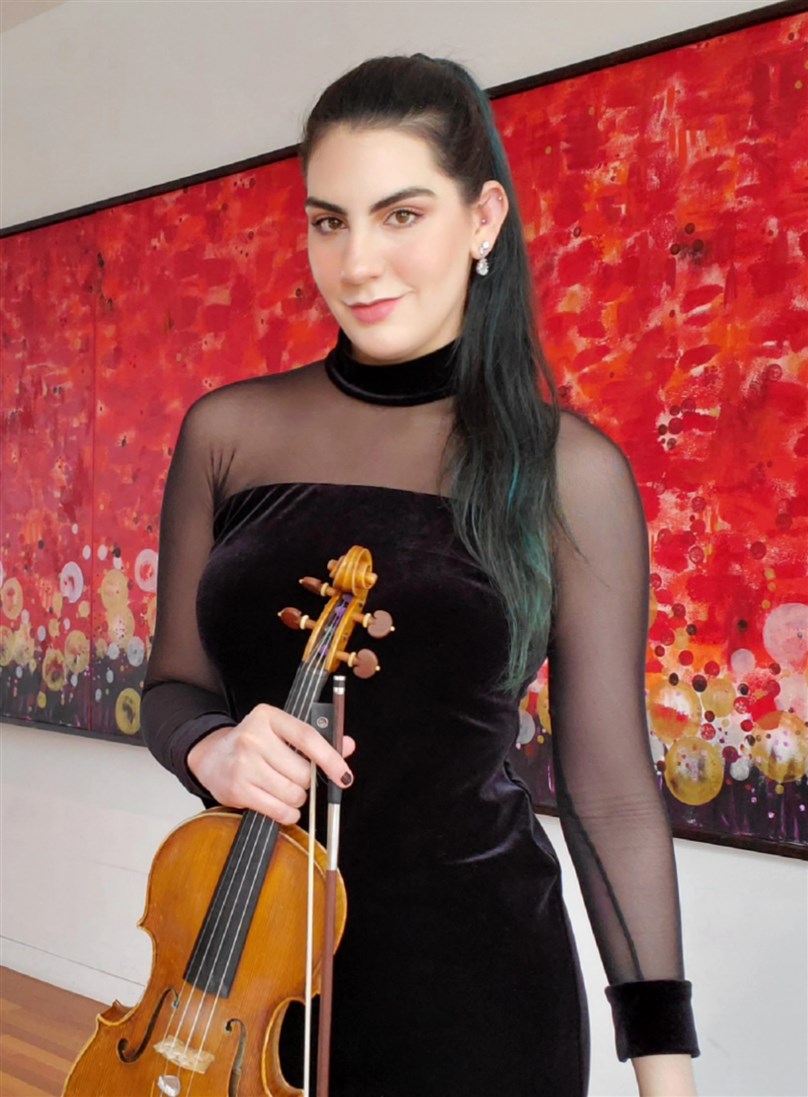 Julimar Gonzalez started violin at age 7 in Venezuela with Professor Heemath Jahoor under the world-renowned music program, 'El Sistema'. Since then she has participated in many masterclass, recitals, and music festivals all over the world. Her recent accolades include winning the 2019 concerto competition at the Chicago College of Performing Arts and placing first at the Illinois American String Teachers Association Competition, also in 2019. She has a degree and a Performance Diploma in Violin Performance from Roosevelt University. Julimar has had a passion for teaching since she began instructing others at age 14 and is eager to continue helping others learn. 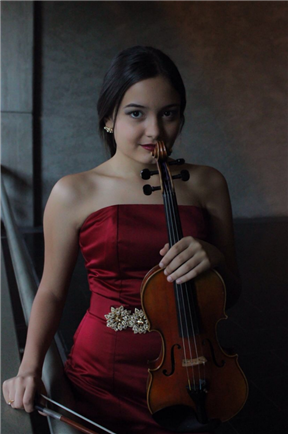 Gabriela Lara began her music studies at age 8 in the Music Conservatorio Vicente Emilio Sojo, in Venezuela. She later became a member of the Latin American Violin Academy, studying under Jose Francisco del Castillo and Francisco Diaz. She has worked with renowned conductors such as Gustavo Dudamel and Sir Simon Rattel, as well as performed in masterclass for Ilya Kaler and Ray Chen. She was the 2019 concerto competition winner at Roosevelt University, where she obtained her degree in Violin Performance. She has also performed as a soloist with prestigious groups such as the Simon Bolivar Symphony Orchestra and Caracas Symphony Orchestra.

Justin de la Cruz has been playing piano since the age of nine and has developed into a multi-instrumentalist and vocalist over the course of his musical career. During his high school years is when he began to grow his passion for music and hone in on his skills. As a multi-instrumentalist and vocalist, he played cello in orchestra, bass in jazz band, and sang in choir and vocal jazz ensemble. His work as an ensemble singer has led him to the ILMEA honors choir and to Mexico's and several other state's jazz festivals as part of one of the top high school vocal jazz ensembles in the country. You can find him gigging in the Chicagoland area as an R&B and jazz solo artist. Bridging his passion for jazz and contemporary music with his desire to teach, he is currently studying vocal jazz and working towards a Bachelor of Music in music education at DePaul University.

Autumn Selover is a freelance harpist and teacher based in the Chicagoland area. Her work ranges from solo, traditional orchestral, and chamber to innovative works involving electronic processing, hip-hop, mixed media works, and improvisation. An advocate of education and community outreach, Autumn works with student musicians and composers from both classical and non-classical backgrounds. Autumn has been playing the harp for seventeen years and the piano for nineteen years. She received a BM in Harp Performance from Northwestern University and is currently pursuing her Masters under Lynn Williams, the principal harpist of the Lyric Opera. Autumn is co-founder of both Sonder Trio and deafrabbit duo. Recently, she has performed with the Chicago Composers Orchestra at the Thirsty Ears Street Music Festival, and has toured with Fifth House Ensemble for a live-score performances of the video game, Journey. She has appeared as a guest artist with Zafa Collective and Chicago’s premier conductorless orchestra, Unsupervised. Autumn is also a recording artist with the Voic(ed) Project, an organization promoting new music by new, young, and underrepresented composers. 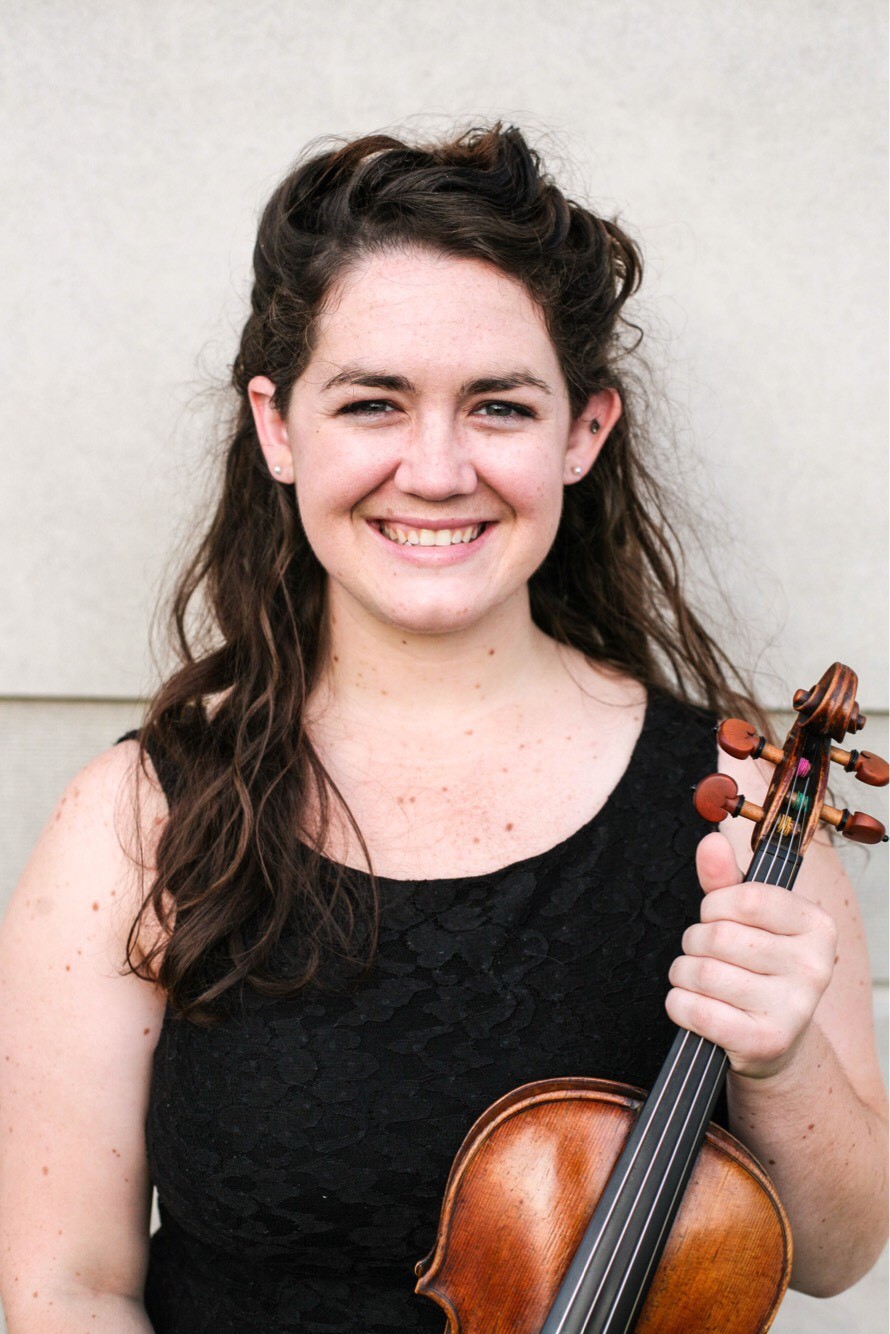 Rachel Peters is a violinist whose musical career has taken her to performances in Chicago, Beijing, Shanghai, London, and more. Rachel grow up playing both the violin and the piano! Previously she studied at the University of Cincinnati's College-Conservatory of Music and at the School for the Creative and Performing Arts with a concentration in violin where she received the Artistic Director’s Award for her artistic excellence. Rachel first debuted as a soloist with the SCPA Chamber Orchestra in 2008 and has then gone on to perform with the Northern Kentucky University Preparatory Orchestra and the University of Cincinnati Pre-College Chamber Orchestra along with other ensembles. She has participated in master classes with artists such as Emanuel Ax,  Joshua Bell, Leonidas Kavakos, Janet Sung, and Benjamin Zander.  She is currently a member of the Civic Orchestra of Chicago and is a co-founder of the Seraphina Ensemble, a contemporary chamber music group that aims to promote the works of living composers. Rachel has completed her Master’s Degree in Music Performance at Northwestern University under the direction of Gerardo Ribeiro. 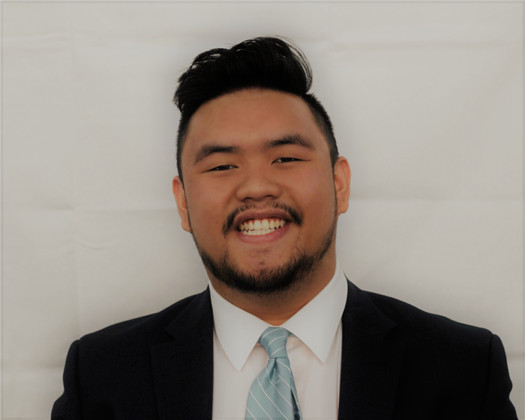 JP Dizon is a multi-instrumentalist, vocalist, composer/arranger, and educator, born and raised in Skokie, IL. He first started learning piano in kindergarten. He has added more instruments along the way of his music career, like voice, tuba, trombone, guitar, and jazz piano. He is a recent graduate from Western Michigan University, with a Bachelor's of Music in Choral/General Music Education. In his time at WMU, he studied jazz voice with Professor Greg Jasperse, and jazz piano with Professor Matthew Fries. In his time in Michigan, he has taught music at K-12 level, sung in and accompanied local church choirs, as well as being a bass voice section leader for the Kalamazoo Bach Festival.